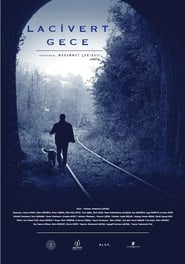 Dark Blue Night tells the story of the socio-economic distress of the low-income working class in Turkey. Semih, pursues his dream of becoming a footballer, unlike his friends who become miners. Unable to find a job in a club, he starts having difficulties, falls into deep credit debt. Married and having a daughter, Semih’s only pillar is his father Kazım, a retired miner and union representative. Although his father forbade him due to having been lost his other son in a mine accident, he starts to work as miner. Soon after Semih loses his arm during an accident. The mine owners offer to pay blood money. Semih first leans towards this idea that everybody else accepts, with the death of his father, his mind is changed. His unstable mood also causes conflicts with his wife. She leaves home. On the one hand, Semih pursues his legal struggle and on the other, he works hard to get his family back.